How does IUD work?

IUD sits in uterus and causes swelling in uterus cavities and results in damages into the sperm and block the route of arriving spermatozoon to the ovule. Moreover, IUD disarranges the movements of fallopian tube and transmission of sperm.

T shaped, is the most common form of IUD, and the other form is called hormonal IUD, which consists of progesterone which prevents to bring forth of ovum. This type of IUD, reduces the bleeding and pain during the menstrual.

Mostly think that IUD reduces the sexual desire, but this is a wrong believe, in fact, the IUD is an effective method of contraception and even can increases the sexual desire. IUD insets inside the uterus and doesn’t have any contact with penis.

IUD is not related to the type of childbirth. 6 months after caesarean section, uterus is ready to inserting the IUD. 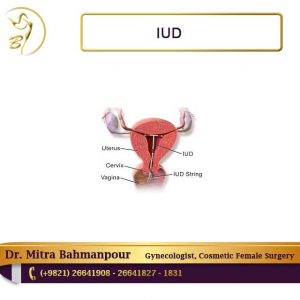 Does IUD interfere with medications?

IUD has no interference with using medication and drugs. In facts drugs have no effects on the IUD operation.

Does IUD cause the uterine infection or uterus dryness?

IUD doesn’t cause the genital system infection, so the related problems such as dryness or genital diseases. The vaginal discharges will be increased few times after inserting the IUD.

Does IUD cause the uterus prolapse or related problems?

Not at all. Due to the procedure and type of the IUD, it doesn’t cause uterus prolapse or size changes of uterine.

IUD is an effective method of contraception and also can reduce the bleeding and pain during the menopause.