HPV (Human Papillomavirus) is the most common viral infection of the reproductive tract.
There are many types HPV and many do not cause problem. This infection usually clear up without any intervention within a few months after acquisition.
Non- cancer causing types of HPV can cause genital warts and respiratory papillomatosis (a diseases in which  tumors grow in the air passages leading from the nose and mouth into the lungs).
Signs and symptoms
Some symptoms of cervical cancer are as:
–    Back and pelvic pain
–    Abnormal bleeding after sexual intercourse
–    Vaginal discharge 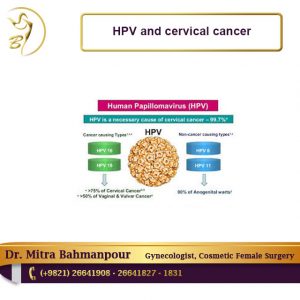 Key facts
–    Human papillomavirus (HPV) is a group of viruses that are extremely common worldwide.
–    There are more than 100 types of HPV, of which at least 13 are cancer- causing (also known as high risk type).
–    HPV is mainly transmitted through sexual contact and most people are infected with HPV shortly after the onset of sexual activity.
–    Cervical cancer is caused by sexually acquired infection with certain types of HPV.
–    Two HPV types (16 and 18) cause 70% of cervical cancers and precancerous cervical lesions.
–    There is also evidence linking HPV with cancers of the anus, vulva, vagina and penis.
–    Cervical cancer is the second most common cancer in women living in less developed regions with an estimated 445000 new cases in 2012 (84% of the new cases worldwide).
–    In 2012, approximately 270000 women died from cervical cancer, more than 85% of these deaths occurring in low- and middle- income countries.
–    Vaccinates against HPV 16 and 18 have been approved for use in many countries.